A Decade of Dakar Dominance For Hino

Hino has claimed success in the Under 10-litre class for the 10th consecutive year in the 2019 Dakar Rally, which was recently held in Peru. Competing in 10 gruelling stages over 12 days, Hino Team Sugawara’s Car 2 pilots Teruhito Sugawara and Katsumi Hamura were victorious in the Under 10-litre category, and finished 9th overall, beating their larger rivals to the finish line.

“It was a tough course, and I would like to congratulate Car 2 for delivering Hino Team Sugawara its 10th successive victory in the Under 10 litre class – as always, we will use our experiences in this year’s Dakar Rally to further enhance our products,” said Yoshio Shimo, President & CEO of Hino Motors Limited.

Driver of Car 2 Teruhito Sugawara was pleased with his result and promises more in the future:

“With the new truck, we have seen opportunities to improve, and we’re looking forward to taking these learnings to achieve even greater results.”

Driver of Car 1, Yoshimasa Sugawara is the Guinness World Record holder for Most Consecutive Entries (35) and Most Consecutive Finishes (20) and was understandably disappointed with his second successive retirement.

Hino Australia’s Head of Customer and Brand Dimitri Andreatidis congratulated the team on its success:

“Once again, Hino demonstrated its reliability by delivering a 10th successive class victory, which is an incredible result given that only 34 per cent of trucks actually finished the rally.

“At Hino Australia, we are extremely proud of the “Little Monster” trucks and their long list of achievements,” he said referring to the moniker of the racing trucks.

Both of the Hino Dakar Rally 500 Series vehicles used an enhanced version of the Hino A09C 6 cylinder engine, with the production version available as an option in the 500 Series Wide Cab trucks in Australia.

A derivative of the A09, the A05 engine, powers the all-new street smart 500 Series Standard Cab, which is on sale now in Hino Australia’s extensive dealer network.

For this year’s Dakar Rally, Hino Team Sugawara built a new Car 2 truck for Teruhito Sugawara, which propelled it to its goal of 10 straight championships in the Under 10-litre class. 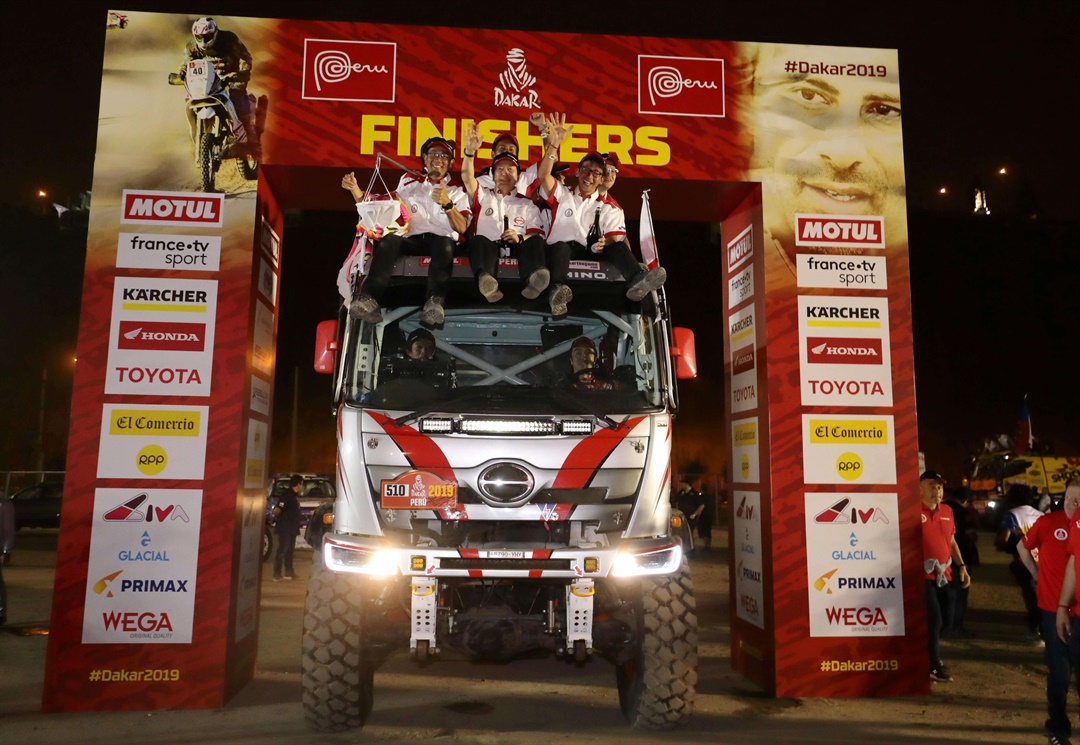 Hino Team Sugawara members bask in the glory at the finish ceremony. 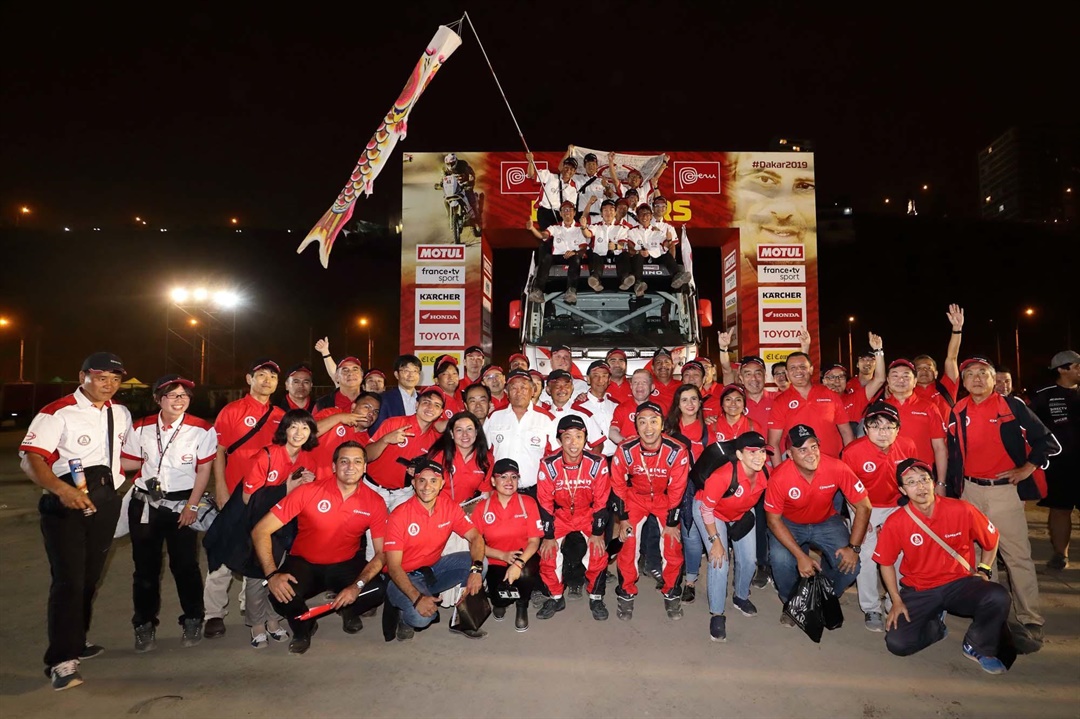 This victory was the 10th successive year for Team Hino Sugawara claiming success in the Under 10-litre class.
Back to News