The ongoing evolution of safety on the roads has seen vehicle manufacturers make giant strides in recent years, with a prime example being the street smart Hino 500 Series Standard Cab. 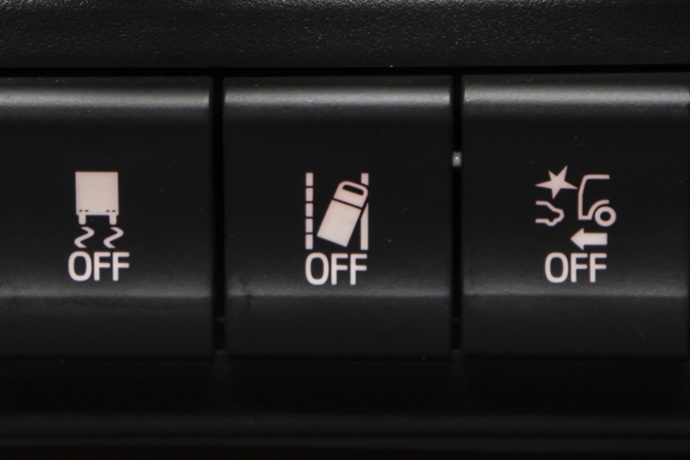 The ongoing evolution of safety on the roads has seen vehicle manufacturers make giant strides in recent years, with a prime example being the street smart Hino 500 Series Standard Cab.

While innovations found on passenger cars were once upon a time generations ahead of those available to the trucking market, the gap has now closed, with cutting edge technologies now becoming standard on many of Hino`s new models.

Amidst a full suite of active and passive safety features incorporated into the 500 Series Standard Cab is the inclusion of Vehicle Stability Control (VSC), making the model unique amongst the Japanese medium duty marketplace in Australia.

Essentially, the VSC monitor`s numerous data inputs from the truck, including individual wheel rotation speed from all corners of the truck, steering wheel angle, lateral G-forces / yaw rate of the truck, as well as brake air pressure, which combined, detects any out of the ordinary movements from the truck.

Once a reading outside the prescribed tolerances is identified, the system autonomously takes action, firstly alerting the driver via a light on the dash and a warning sound, and secondly by reducing engine output, and even working to apply the trucks braking pressure to any of the four corners of the vehicle.

The VSC system is highly effective in supporting moments when the truck is going too fast, or steering inputs are too sharp, especially on corners or when grip is compromised, such as off-camber turns, or on wet or loose surfaces.

Also assisting in slippery conditions, but during acceleration is the standard inclusion of traction control.

Hino has been the pioneers in fitting VSC technology as standard, starting with the entire 300 Series range in 2011, which was followed by the launch of the 500 Series Wide Cab in 2017, and subsequently 300 Series 4x4 in 2018.

With the all-new 500 Series Standard Cab also receiving VSC from the factory, Hino now offers the system as standard safety equipment on every model from its 300 Series car licence, through to the 500 Series 6x4 350 horsepower FM models.

“Even though Hino offers Vehicle Stability Control fitted as standard for a massive array of applications, the effectiveness and benefits of VSC are clear, and it’s a simple decision to include it in the 500 Series Standard Cab,” said Daniel Petrovski, Hino Australia’s Manager of Product Strategy.

“The exciting thing is that VSC is the tip of the iceberg, with the new model featuring a full range of safety items that have never been seen before from Japanese manufactured trucks locally.”

Safety from Every Angle

The inclusion of VSC leads a suite of safety features, which until recently were only common on high end passenger vehicles.

Pre-Collision System is an advanced safety system which utilises a radar to detect objects ahead on the road, even in poor visibility conditions, first emitting an alarm tone as well as a visual indication on the dash, and preparing the Autonomous Emergency Braking system.

If ignored by the driver, the brakes can autonomously be applied by the vehicle, in a bid to stop or reduce the chances of an impact.

Importantly, the system can also detect pedestrians who walk in front of the moving truck.

Lane Departure Warning meanwhile detects if the truck is drifting across lane markings without the indicators engaged, warning the driver with audible and visual alerts.

Another active safety feature is Adaptive Cruise Control, with the radar system maintaining a safe distance to slower vehicles ahead on the road when engaged, or if there are no vehicles in the vicinity, function as standard cruise control.

As to be expected, the 500 Series Standard Cab is fitted with a driver’s side SRS airbag, with the Hino EGIS cab complying with UN ECE R29 cab strength, as well as featuring an integrated ECE R93 Front Underrun Protection System (FUPS), helpful in the event of contact with a passenger vehicle.

Although these innovations can be bundled under the safety banner, many of the other items on the truck have safety implications.

For instance, the LED headlamps, and day time running lamps improve visibility on the road.

From the driver’s seat there are improved sight lines out of the windscreen, which means children can be easily spotted when they are close to the truck, while the reversing camera (with night vision and audio capabilities) allows for near 360° vision.

The ISRI NTS2 driver’s seat has new levels of adjustability, ensuring driver comfort, which in turn paves the way for a dash layout offering improved ergonomics behind the wheel.

No matter which way you look at it, the new Hino 500 Series Standard Cab covers safety like never before.